ENTER FOR A CHANCE TO WIN

Go beyond the boots, broncs and bulls and get to know the athlete outside the arena. Join host Justin McKee as he visits some of the top rodeo professionals on their home ranch, learning about their beginnings, their challenges, how they manage the hectic schedules and high-pressure situations, where they got their horses and much more.

get to know the athletes 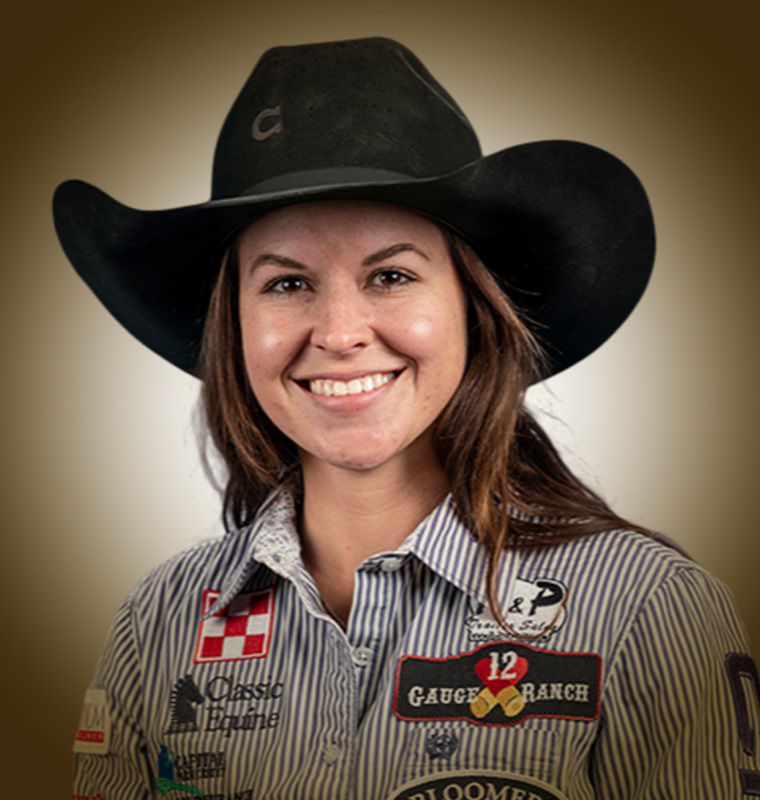 Hailey Kinsel was a three-time World Barrel Racing Champion, winning the title in 2018, 2019 and 2020 at the National Finals Rodeo. Hailey also won the NFR Average title in 2020. Kinsel and her horses have qualified for the NFR five times in her years as a professional rodeo rider: 2017, 2018, 2019, 2020 and 2021. From racing as a teenager to competing through college to scoring awards in both barrel racing and breakaway roping, Hailey has been on top of her game since she started competing. Her horse Sister's award for Barrel Racing Horse of the Year in 2018 made it clear her work had paid off handsomely. 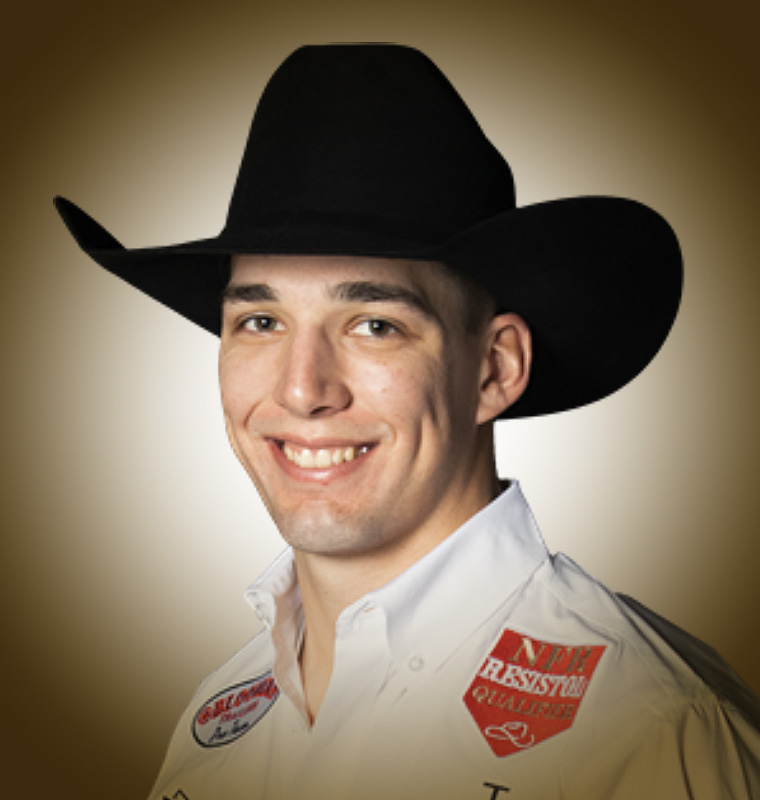 Jesse Pope got into rodeo when he was in first grade and worked his way up to calves and steers. When he decided he wanted to focus on rodeo, he quit playing other sports altogether. Competition drives Jesse to be the best, which is why he focused on developing a competitive edge, building muscle memory by repeating the basics on the spur board for hours at a time. In 2021, Jesse won the average at the Wrangler NFR for the second year in a row. 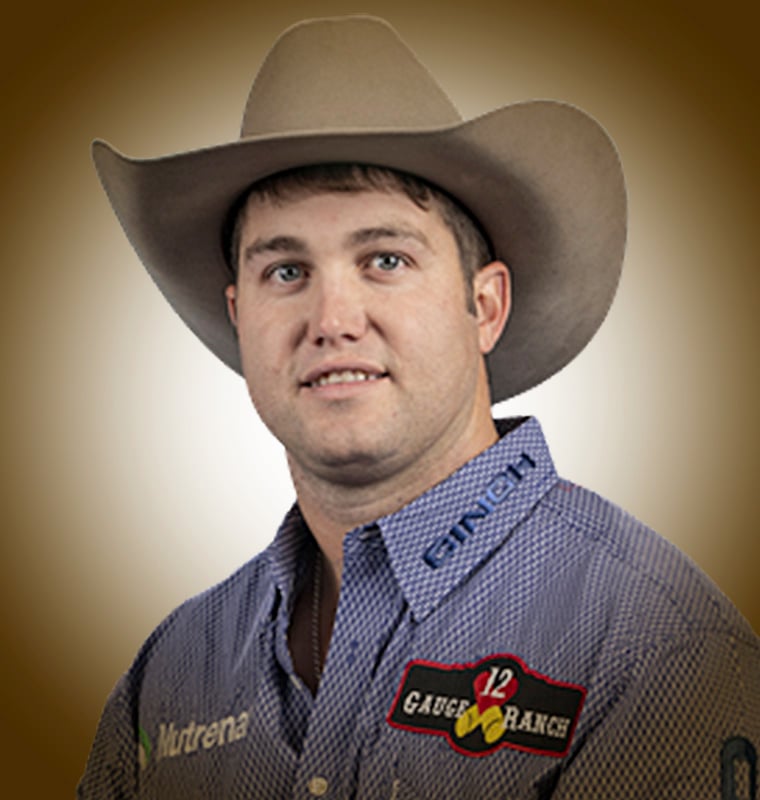 During his senior year in high school, Tyler wanted to try steer wrestling for the first time. He didn't just dip his toes in the water. His father, Michael, had been a steer wrestler and was an all-around supporter of Tyler's decision, including giving him support during practice. Tyler ended up winning three state high school steer wrestling titles, testaments to his dedication and practice. When he graduated high school, Tyler started shoeing horses as a side gig. He qualified for the WNFR competition in 2014. 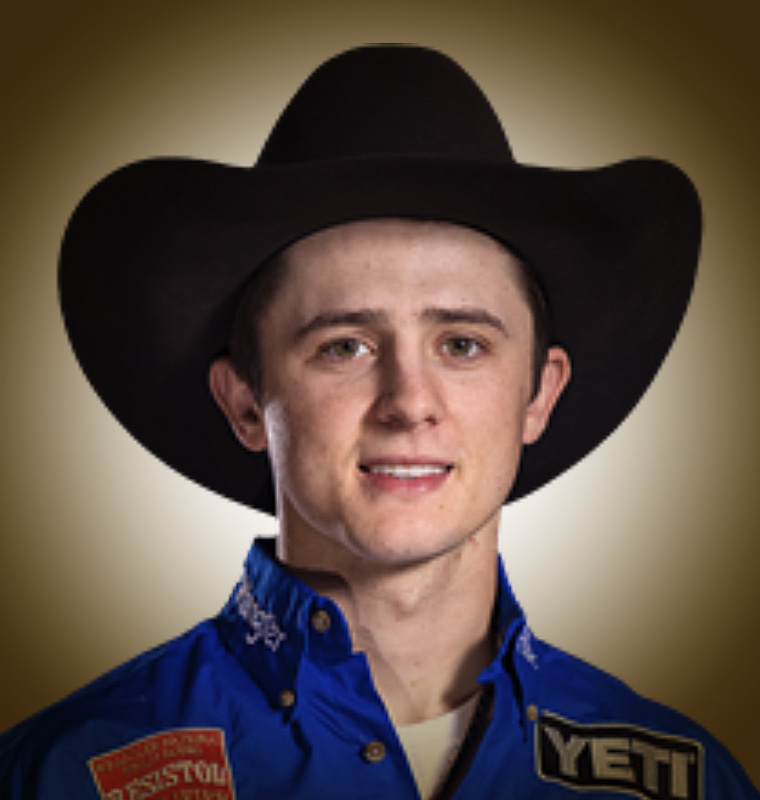 Stetson Wright, son of a legendary rodeo champion, has established himself as one of the best in the business. Although Stetson's name and legacy have given him a head start in rodeo, he is an impressive bull rider and saddle bronco rider in his own right. This year alone, Stetson won three rookie titles: All-Around World Champion Bull Rider, All-Around World Champion Saddle Bronc Rider, and World Grand Champion Rookie Bull Rider. Stetson has accomplished more than many cowboys do in their entire careers, and he’s just getting started. 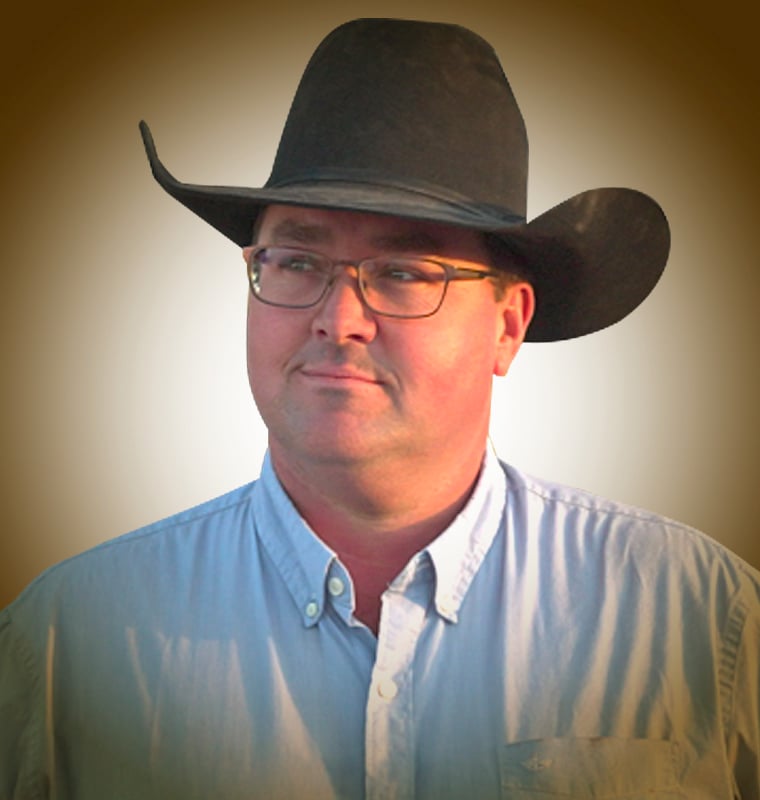 Cullen Pickett has been involved in the rodeo business for his entire life. Now, he and his wife own Pickett Pro Rodeo, one of the most successful bucking horse operations in the country that has made its presence known during recent National Finals Rodeo. In 2019 and 2020, they broke the record for the most bucking horses at the NFR. They had 15 horses at the 2021 NFR, two short of the record set in 2020 but still were the most-represented stock producer at the rodeo. Purchasing the super stud Night Jacket has been one of their best investments. They raise horses, including mostly bucking broncos, on their ranch just outside Fairfield, TX. 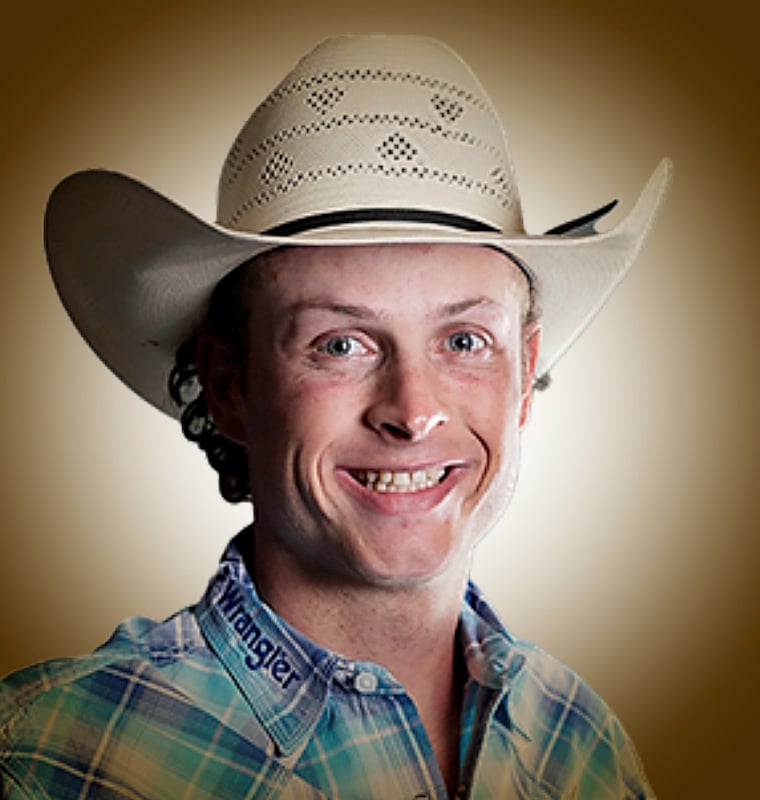 Having grown up on a ranch, Josh is well versed in the art of roping. Josh learned how to rope with his brother. His cousin, Lane Frost, is legendary in rodeo circles and helped inspire Josh to succeed. In college, Josh was named a two-time Linderman Award winner. He also won money in tie-down roping and steer wrestling. These awards reflect the skills of the ultimate cowboy. 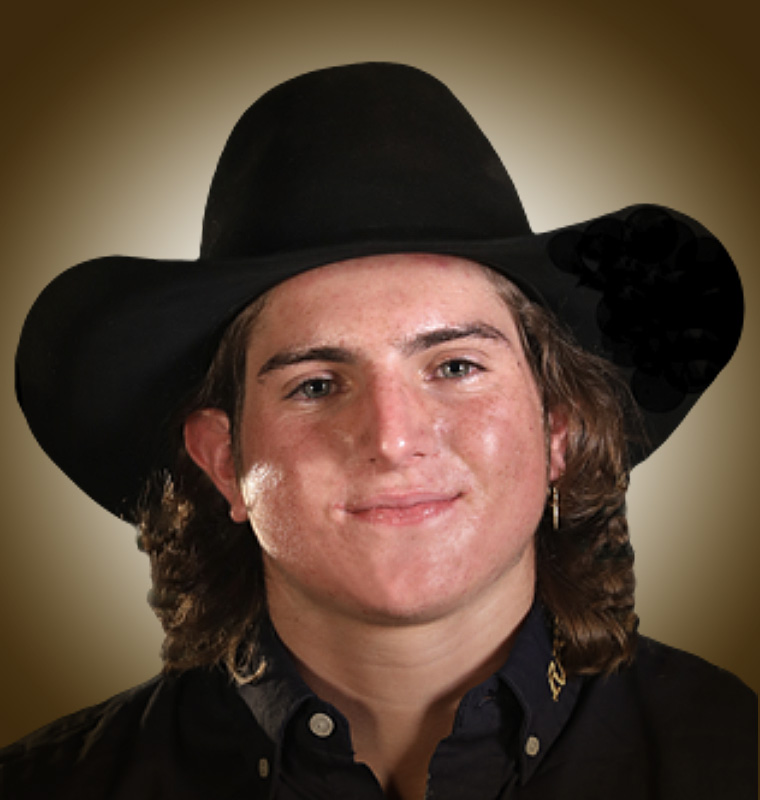 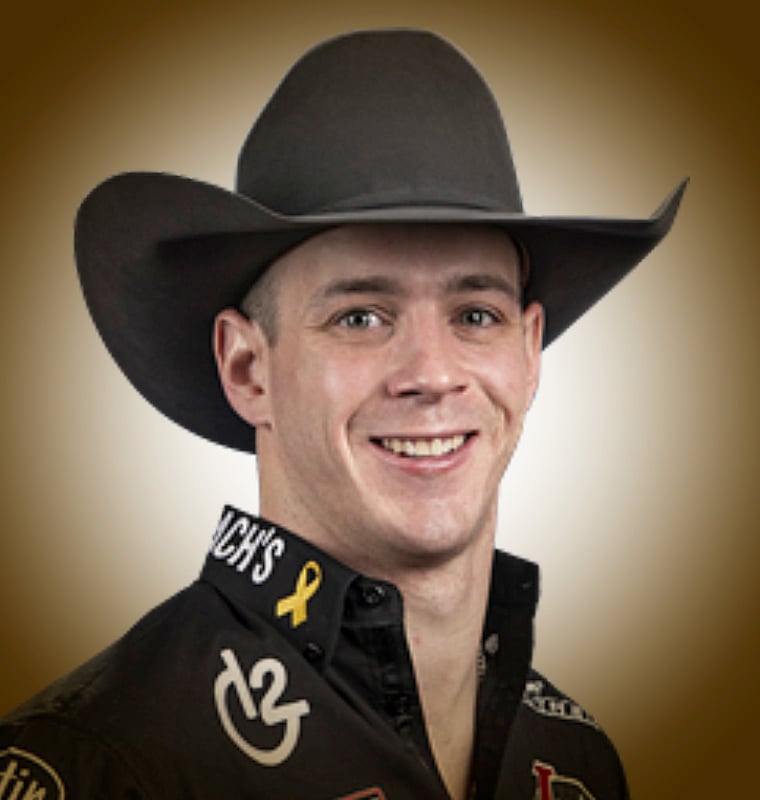 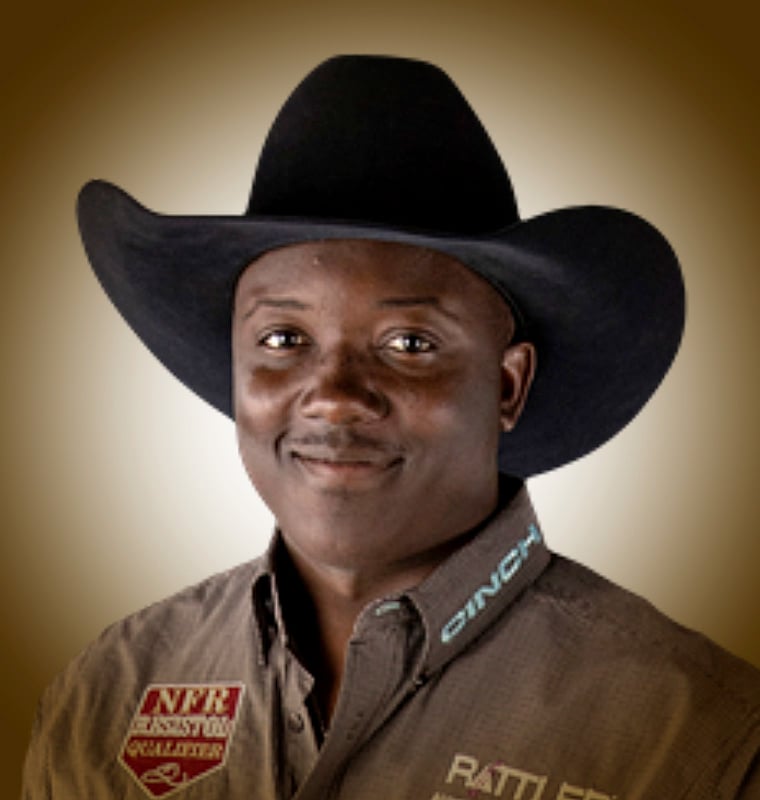 John Douch won the National Junior High Finals Rodeo in 2012. He grew up in the same hometown as world champion Joe Beaver and was raised among rodeo folk. John had the opportunity to sell Joe a horse and had a chance to ride together, deepening their friendship. In 2016, John excelled at Permit Holder of the Year Challenge in Las Vegas, finishing 43rd in the world standings. John has been riding a sorrel gelding known as "Boss" for more than two years now. 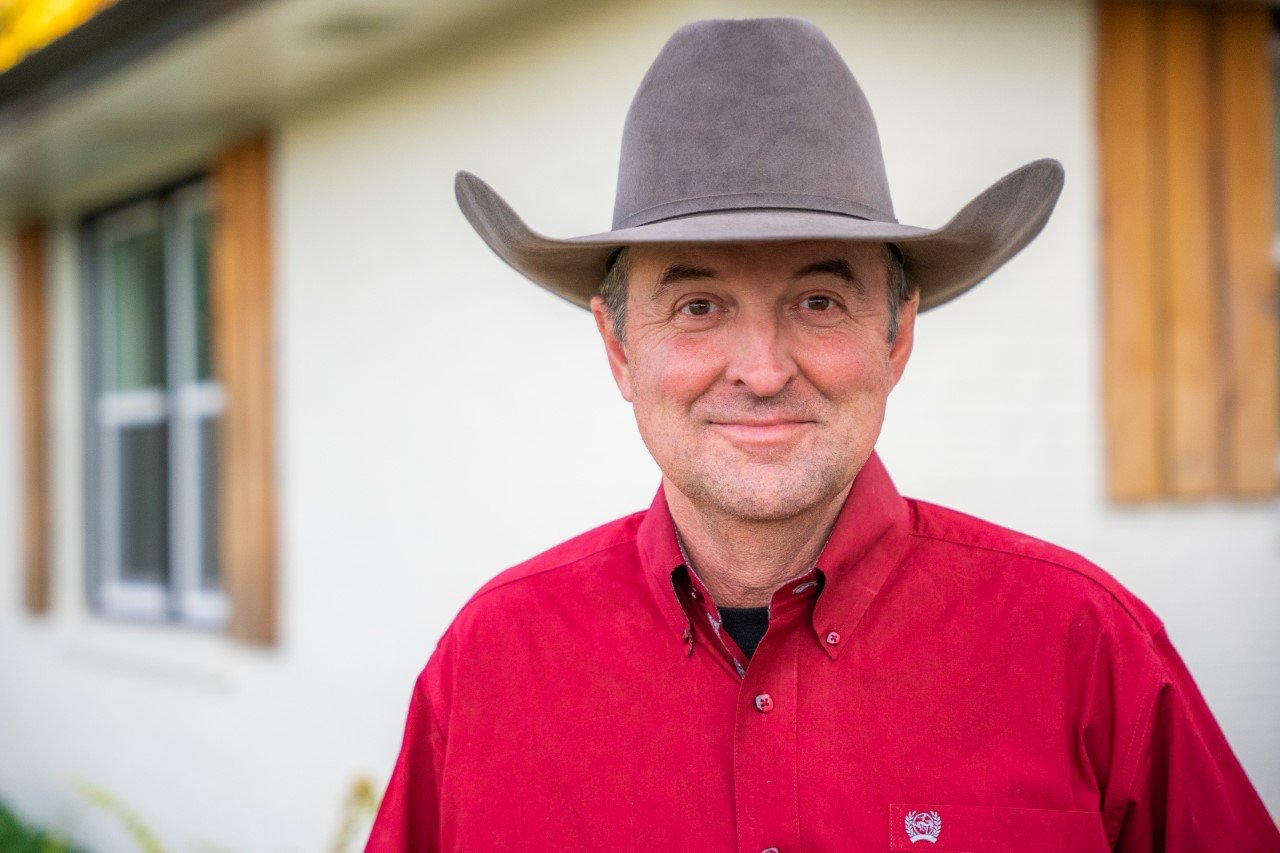 Justin McKee is one of the most well respected Western Sports television hosts in the world. He got his start in television in 2001 when the Pro Bull Rider’s purchased their broadcast rights and chose Justin to take the lead role on TV. For ten years he was the “voice of the PBR” and worked for several networks including Versus and NBC Sports.

His background for broadcasting was as smooth and balanced as his Delivery. Justin literally grew up behind the microphone at his parents livestock auction in Oklahoma. He also is able to bring great insight to his commentary from being a competitor himself in the arena. Justin finished 18th in the world standings of Pro Rodeo steer roping in 2004 and holds the arena record in that event at the Cheyenne Frontier Days.

Justin is currently one of the host for The Cowboy Channel, the official network of ProRodeo, the only 24-hour television network dedicated to western sports and western lifestyle. He is also host and Co-producer of one of the networks top shows, Pro Rodeo Tonight.

You don’t have to be around him long to know that he is very passionate about telling the stories of the Western way of Life and Rural America. But above all, Justin is most proud to be the husband to Jeannie and dad to daughter Kassidy who is a senior at Tarleton State.

More from the athletes